On the initiative of the Scientific Club of the Department of Philosophical and Social Sciences “Phoenix”, on October 24, a discussion meeting on the topic “Philosophical Cherry on Hollywood Masterpieces” was held.

During the long discussion students mentioned many interesting and impressive masterpieces of various genres, in particular:

Dexter Fletcher’s film Rocketman – “this full of vibrant color film depicts far less colorful aspects of human life than the flamboyant outfits of Elton John. It is a reflection of a philosophy of self-acceptance, such as you are, of socialization within a social framework, of using people for self-centered purposes through the cynical deception of false love and respect. It demonstrates how difficult it is to be not like everyone else, forcing you to reconsider and re-think popularity and fame, because it is always lonely, even if you know and dream about almost the whole world, and therefore it may be “not worth the broken money “Compared to ordinary family well-being” – said Phoenix head Lopuga Vladislav.
The Dog Days anime is the most detailed account of the problems of the modern soul of man and how an independent observer responds to them. The film shows the creatures that are always with us, namely our pets. The film describes on the fate of people very relevant problems for the modern youth, and for any age category. An example is the reluctance to leave one’s home because one does not see the need to communicate, ”said the guest of the event, Ochkin Dmitry.
David Fincher’s Fight Club movie – “modern man produces nothing, only uses the amount of knowledge that modern man needs to survive – much less than in the past Tyler Durden – a character who was able to abandon all the attributes of today and create himself as a leader and to make your world a better world is a place where next to the beautiful there is an awful thing, and it should not be forgotten, looking for advertising with a utopian world without problems and people with smiles “- opinion of a member of the science club” Phoenix “Peter Kudrenka.
Yuri Bykov’s movie “Fool” is “a movie about the struggle of a ‘little man’ with the system, which turns out that this fight is not needed by anyone,” says Schweitzer Veronica.
Alexei Balabanov’s film “War” – “clearly reflects the philosophy of the values of wartime. Demonstrates how all kinds of principles die and people’s hopes rot. The director wisely portrays the issues of the benefits of war and what people get it ”and Jean Kunen’s film“ 99 francs ”-“ it is a screaming satire on the consumer world, it is a demonstration that you can choose a completely different and not mercantile way of life ”- the activist thinks Dmitry.
In addition to films, they actively discussed individual film universes, series, and even books. Among them is a demonstration of a completely new, unusual look at the meaningful contribution to each of the characters in the Marvel Cinematic Universe and an analysis of Daniel Keys’s book Bouquet of Flowers for Algernon. Students, under the impression of reading the above work, boldly concluded that it is better to remain conscious, thinking and critical-thinking and to look at the endless decline of the world, rather than being ignorant of living in a social environment, without noticing it “real”, thus turning its essence and turning being on a pure self-deception, as it happened with the character of this literary work of art.

We invite everyone to each of the next meetings of the Phoenix Philosophical Club. ” Follow the announcements and develop your thinking and communication with us! 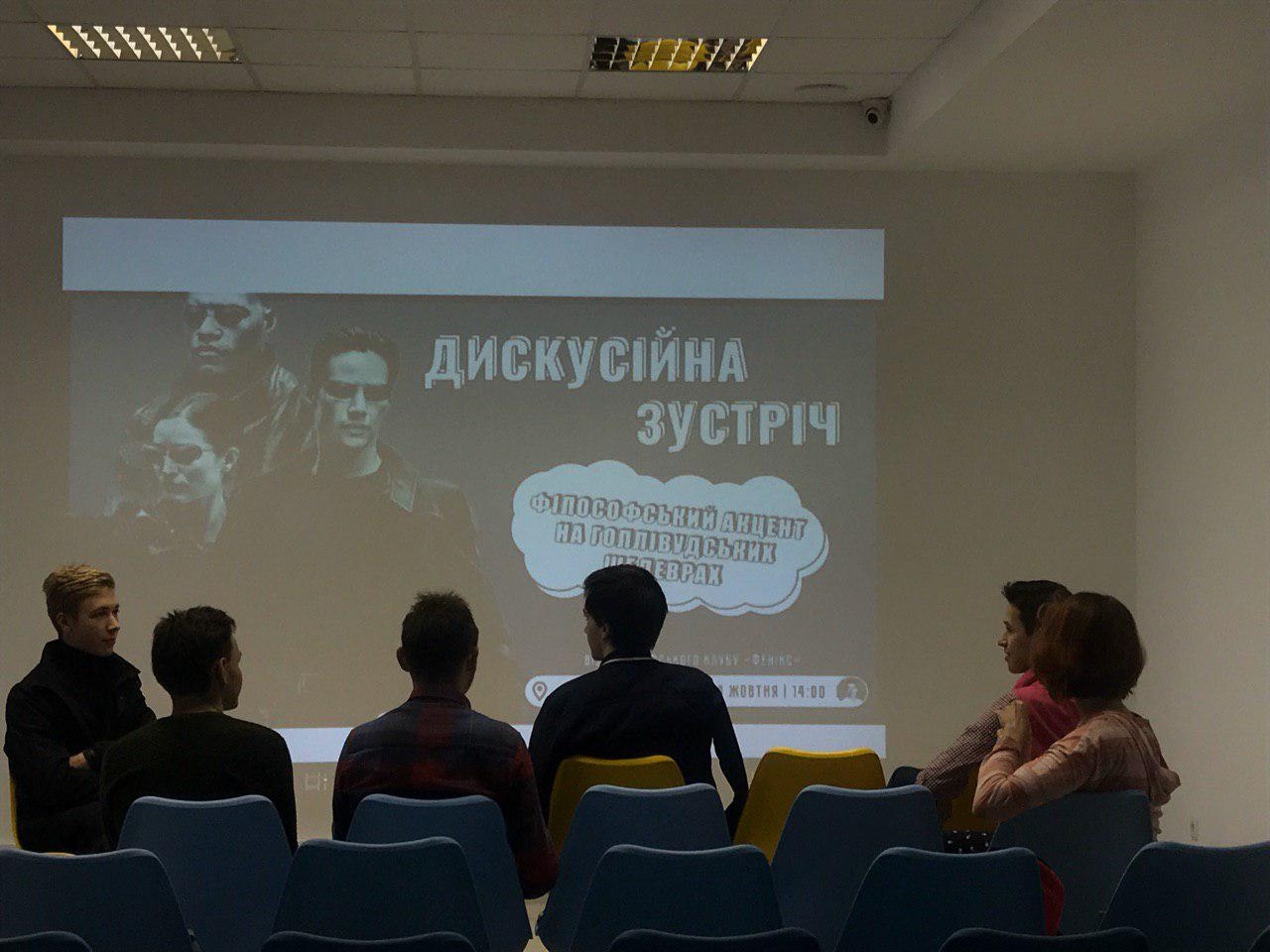